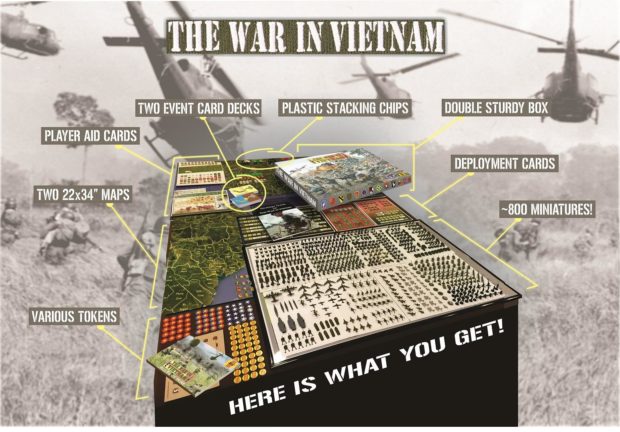 West Point graduate and Vietnam War expert Neil Willis has designed the Vietnam War game we’ve always wanted. With over 800+ game pieces of land, air, and naval forces, this game called The War in Vietnam is now already 63% funded on Kickstarter! With only two weeks left to go in the campaign, everybody still has a chance to get their copy.

The War in Vietnam is finally the perfect hybrid of game and simulation because it is a typically easy game to play, and it is also designed with a 100% accurate order-of-battle, and all the rules are based on what happened or could have happened during the actual war. The War in Vietnam is a blast to play AND it teaches players about the war at the same time. 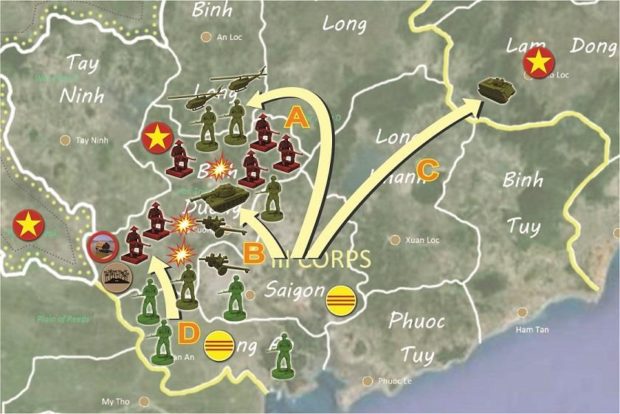 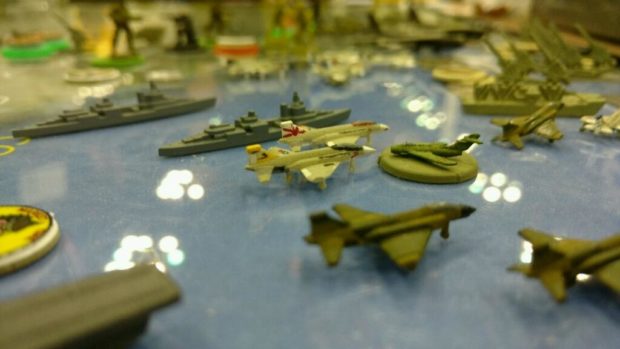 Some of the neat things you can do playing The War in Vietnam:

The War in Vietnam is a grand strategy campaign game that also includes five scenarios, two maps (with an option also get a jumbo map set), a battle board, deployment cards (for easy set up and deployment), two Event Decks of 52 historic playing cards, and even an option to order an entire second set of game peices (1,700 miniatures, yes
that is not a typo, 1,700!)

This entire game will be developed and produced by veteran game designer Eric Harvey with more than twenty years of game design experience and hundreds of games to his credit, and best of all, all of the manufacturing and production is already arranged! So hurry in and pledge for your game while the Kickstarter campaign is active (The War in Vietnam will not be available on-line or in stores; this is a special one-time offer, so get your game now while you can.) And, to see more, click here:

Or join the Kickstarter for The War in Vietnam today! 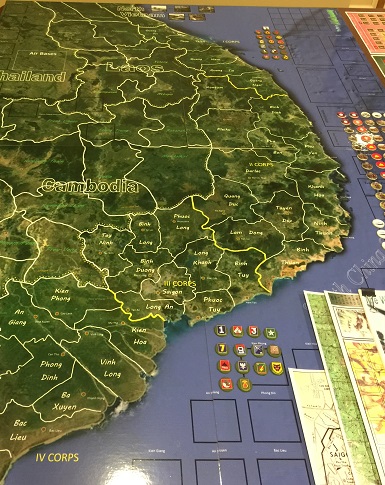 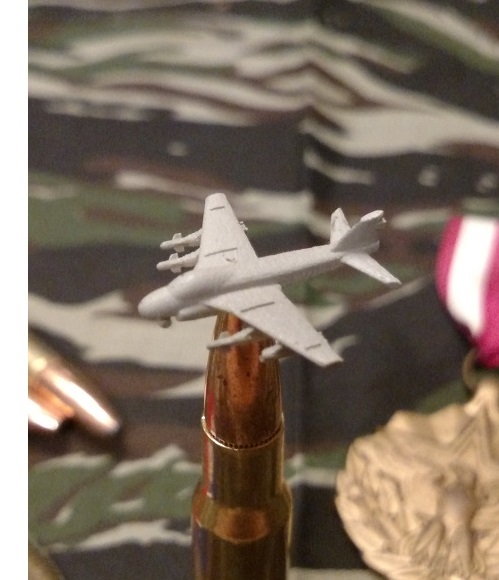 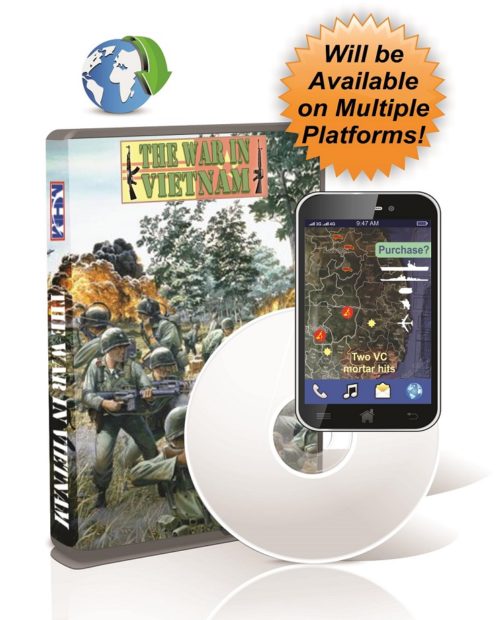 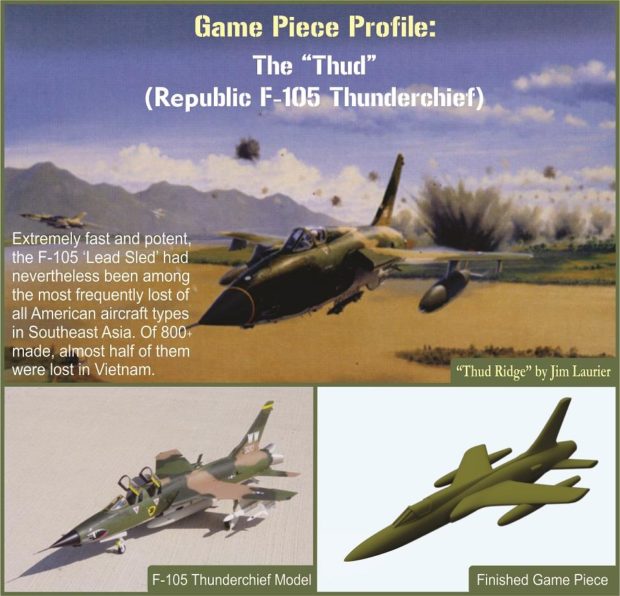 featured full-image The War in Vietnam