Leading up to the release of Axis & Allies & Zombies in late October we received a copy of the rulebook. Here’s a detailed overview of the rules of the game.

Axis & Allies & Zombies not only adds rules for zombies but it also changes some of the core rules. Here’s a few bullet points about the changes.

At the end of a round, when the USA is done, if the zombies control 25 IPCs worth of territories, everybody gets one more turn. At the end of the final round, “the side that controls the greatest IPC value of zombie-free territories wins the war.” In case of a tie, the side with the most total IPC income wins. 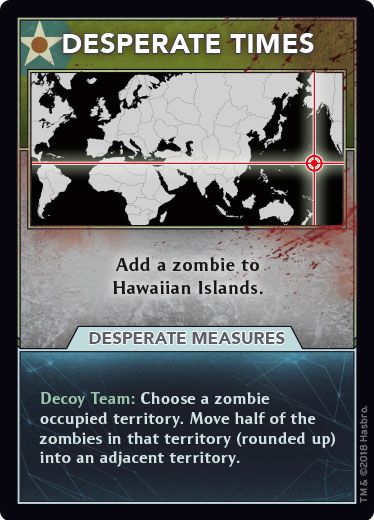 In each territory controlled by the current player, the zombies attack. Roll one zombie die for each zombie in the territory. On a roll of “D” you must remove one unit from that territory. If  you remove an infantry, replace it with a zombie (as always) but that newly placed zombie does not get a roll.

Zombies control territories when there are only zombies in the territory unless it has an Industrial Complex, then there must be more zombies than the IPC value of the territory.

This is mostly unchanged with the following rules for zombies:

This phase is now divided into two parts:

Step 2: Mobilize Units. No changes except that now we have Recruitment Centers that work just like ICs except they produce only infantry.

Greg Smorey put together a cheat sheet of some of the rules for Axis & Allies & Zombies. 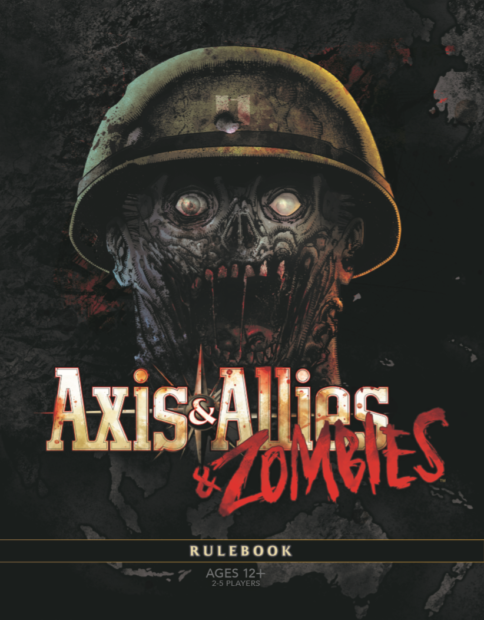