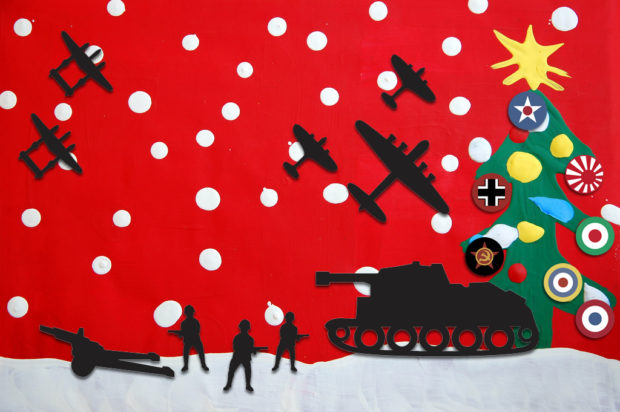 The holidays are here and we have some great suggestions for gifts for Axis & Allies fans.

This game won’t be ready until December 2018 but this should be a great addition to the game closet for any fan of Axis & Allies.

This is an alternate history game where the United States must defend her shores against invading forces. There are also several expansions for the game.

Looking for a great strategy and war game that takes place during the time of the ancient Romans, Greeks, Carthaginians, etc.? Mare Nostrum is a great game to fill that need.

These themed dice are a great addition to Axis & Allies 1914 or any other WWI game that uses 6-sided dice.

Litko makes a several fun add-ons that can be used with Axis & Allies board games and miniature games. Here’s a few:

Or just browse all of the Litko products on Amazon

Paper money is a great alternative to record keeping via pen and paper. These battle buck come in two-sided WWI and one-sided WWII variants.

Industrial Production Chips, I Will Never Grow Up, $54.95

These casino grade poker chips are the perfect replacement for paper money (or worse; a notepad) in Axis and Allies and other strategy style games.

We have had a t-shirt store for years but did you know that all the shirts are fully customizable? Go to the Axis & Allies.org Zazzle store and start building your own t-shirts with our designs.

This is the current standard Axis & Allies game. Despite the misprints, this is likely the best edition ever produced since the original.

Looking for something a little unique and more difficult to find. Check out these out of print board games.

This game about ancient Rome was part of the original Milton Bradley Game Master series. It was re-released by Eagle Games several years later but you might be able to find a game master edition.

This is another original MB Game Master game. In this game, the the future USA is under siege from ambiguous foreign powers. It was later re-released by Fantasy Flight but now all versions are out of print.

This pirate themed game was also one of the MB Game Master series games.