In this preview of Axis & Allies Pacific 1940 I will go over some of the changes and unique rules of this game. This new edition of rules includes new units, such as mechanized infantry and tactical bombers, naval bases, air bases, new strategic bombing rules, kamikaze, convoys, major and minor industrial complexes, new unit prices, scrambling air units, national objectives, new China rules, and declarations of war. There is a lot to absorb and many rules that can be easily overlooked. 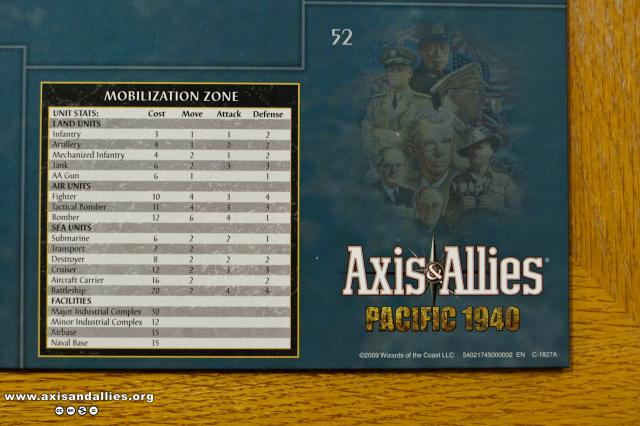 Click on the image above for a larger version.

The order of play is as follows:

Depending on the edition to which you are comparing A&A Pacific 1940, the unit prices and attack/defend/movement values may be the same or different. I’ll list some important differences here:

A&A Pacific 1940 introduces two new units that will prove to be very useful under various conditions during the game. The new units are mechanized infantry and the tactical bomber. 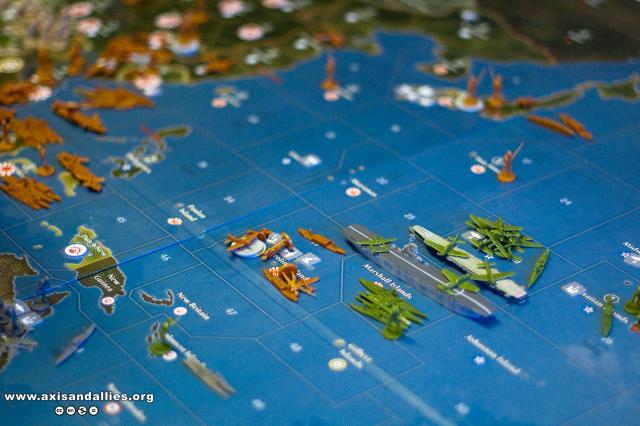 The value of sea bases to repair damaged capital ships is obvious but the movement bonus for both airbases and naval bases is crucial for the naval war, especially for the USA launching aircraft.

Airbases provide the ability for fighters and tactical bombers to defend the sea zone surrounding an island that contains the airbase.

Only the Japanese player has the ability to make a special “attack” called a kamikaze. Although it is called an attack, no aircraft are used to complete this special ability.

In the next preview article, we will review the rules for the declaration of war, China, Convoys, strategic bombing with escorts, and national objectives.

Image: Axis and Allies Pacific 1940: Mobilization Zone on the Map