It looks like we are in for some more excitement from the world of Axis & Allies Miniatures. Recently a full page ad for a new A&A Minis expansion was found in an Avalon Hill catalog included with the new Rocketville game. The new expansion appears to be a miniatures game, separate from the existing game, that focuses on naval battles. It will have it’s own starter and boosters. 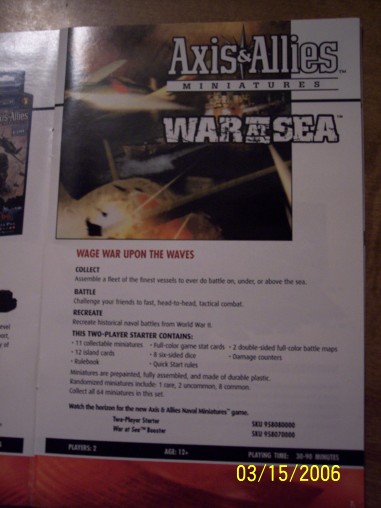 The above image was borrowed from a post from the Avalon Hill message boards. This image is difficult to read but it looks like it says the following:

Assemble a fleet of the finest vessels ever to do battle on, under, or above the sea.

Miniatures are prepainted, fully assembled, and made of durable plastic.