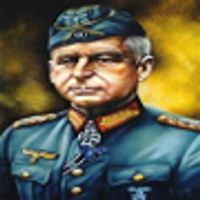 BLITZKRIEG MASTER
Run or I'll drive over you !

Posts made by GEN MANSTEIN